Revolut Ltd. has raised $500 million in a funding round that values the London financial-technology firm at $5.5 billion, it’s one of Europe’s most valuable fintech scale-ups.

The company has said it will use the cash for product development and to increase banking operations across Europe, it’s also said it plans to begin making loans for retail and business banking customers, expand its savings accounts beyond the U.K., and improve its customer service.

The funding brings the total Revolut has raised to $836 million and was led by U.S. venture capital firm TCV.

Mark Walker, Editorial Director for The Fintech Times spoke to several people from different areas of the industry from investors, to technology providers to understand the view from the industry. Several incumbent banks were also asked to comment, but declined.

Devin Kohli, Co-Head of Outward VC says : “The size of Revolut’s funding round and their underlying growth metrics only serve to illustrate a growing acceptance by the venture industry that today’s leading challengers will be tomorrow’s winners. The bigger question to ask is who will be tomorrow’s losers – will the likes of Revolut eat into the market share of the big high street banks who are slowly adapting their clunky legacy tech or will their success come at the expense of their challenger peers – who will be out spent and out manoeuvred in the quest to become the millennials’ financial partner of choice”

Michael Mueller, CEO, Form3 says : “The reshaping of digital banking by challengers like Revolut has certainly been a wakeup call for the big banks who have traditionally been dominant and slow to change. But both need something the other one has.  Challengers started off with smart and efficient technology but need to scale to reach positive economics while big banks have scale but need to get smarter technology to bring down costs and better meet customer needs. Interestingly, Revolut now seems to have both in this case and here lies their success to date.”

“However, I believe that the big banks are going to fight back in the next few years. Instead of customers banking with 15 different organisations for specific products some of the bigger players in the market will advance their digital propositions and provide experiences that look and feel very similar to the challenger experience we get today. Big banks have advanced so much in lots of different ways where customers experiences matter. I think there will be consolidation within fintechs – the survivors will be those that made it to scale fast enough. A lot of the smaller fintechs will be bought up, exit the market or pivot to something really niche. Mass market is something that is really difficult to do from scratch.” 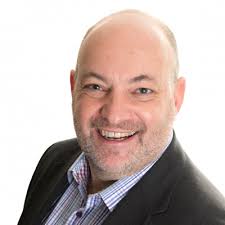 “Revolut just raised $500m; so lets put this in perspective for a second.  The latest round values them at $6bn post the raise; higher than Standard Life Aberdeen with £2bn revenues and Intercontinental hotels with £4bn revenues.   80% of their £170m revenues still come from interchange rates of 20 basis points, but as anyone in the card industry will tell you interchange does not even cover transaction and scheme costs these days.   Their valuation is a 25X multiple of their revenues, and three times their last raise on losses as of 2018 of £33m.   Where next then, lets look at how they might exit, after all at the end of this people want to make money who invested.  If we take for instance an IPO, then there could be challenges, last year tech IPOs of SaaS companies had 11X revenue multiples.  But maybe they are assuming the Fintech bubble will keep going like the dot.com bubble, after all Yahoo got a 238X revenue multiple when they IPO’d at the height –  oh yes but then the bubble burst.”

“The recent fundraise of $500m by UK-based Revolut has brought its valuation to £4.3bn. There are different views in the industry here. Looking at the 70 largest banks in the world by market cap with the valuation ranging from over $30bn to almost $400bn, Revolut’s valuation is tiny. With over 8M customers and growing fast, it could still be undervalued versus its potential. On the flip side, profitability seems to be a challenge. While digital banks are used as second accounts, the high costs and lack of deposits make for a difficult business model.

For the overall growth of the industry and the halo effect for UK fintech, Revolut’s growth is undoubtedly beneficial. Where the industry would be concerned is if losses continue and become unpalatable for further investment rounds. In the worst case, this could have a knock-on effect and lead to a major market correction in the sector.”

“To justify such a significant debt raise and valuation, it’s clear Revolut have cracked their unit economics. Unlike other challengers, who have each signalled their own raises, Revolut has proven they are able to support the topline, evidence by 5x revenue growth in 2018 at £58m compared to the previous year. This has been assisted by Revolut’s ability to effectively internationalize with their investment dollars at scale, albeit at the cost of customer service. This is contrasted to Monzo who have been more sustainable in their growth yet have delayed internationalization. Global expansion comes with additional regulatory complexity and despite what some may say, being a digital challenger does not mean they escape enforcement; therefore a significant part of this raise will go to industrializing their compliance worldwide.

What’s most interesting to me is how excited JP Morgan were, understandably, to win the debt component of this deal. Success with Revolut will help position the firm as the market leading investment bank for late-stage fintechs. At the same time, JP Morgan has signalled their intention to try-again with a digital challenger bank in the UK after it’s first attempt (Finn) failed. This time, under the Chase brand, they will try again to compete with Revolut and others in the quest for deposits and customer trust.”

“Revolut’s latest funding comes as no surprise as one of the biggest digital innovators in financial services continues to shake up the market. Challenger banks are attractive to consumers as they provide a simple banking experience offering ever increasing and relevant features and services. This is an attractive proposition that helped them appeal to an impressive customer base over the past few years.

“Yet, until challenger banks can prove to investors that they are able to make a profit, they may not continue to get the same level of funding; with a vast majority of British consumers (77%) only banking with a traditional bank, challengers are still a while away from being as profitable as their competitors. The issue some now face is turning their existing customers, who are used to free services, into a lucrative revenue stream. This is something Monzo is now attempting with its relaunch of paid accounts, something that Revolut already does. Revolut’s plan to focus some of its new funds on encouraging daily use of its services should increase customer loyalty and generate new sales opportunities.

“Therefore, while it is an exciting time for challenger banks, they will face several hurdles as they try to break into the mainstream. So far, Revolut’s global expansion is a testament to the success of the business model digital banks have designed to take on the leaders in the industry. But they have a challenging future ahead of them, and it’s certainly an interesting space to watch.”