As consumers continue to increase online, traditional banks have invested millions in digital to compete with the rising fintech landscape. You may have heard of new ‘digital’ banks such as Monzo, Revolut or Starling offering the same services as your Halifax or TSB – minus the hassle.

In 2019, it was found that neobanks around the world raised $2.5 billion in investment at the end of July, making it one of the leading sectors when it comes to funding, and one that is growing at an exponential rate. Whilst still being relatively small in terms of customer base to traditional banks such as the big four, neobanks have seen a sharp increase in the number of customers signing up to digital bank accounts as they begin to streamline services.

By being 100% digital and only using apps or the web to access your accounts, neobanks are complete with handy features such as spending trackers or saving pots, allowing people to take control of their finances and make better decisions when spending or saving.

In a new research study by SmallBusinessPrices.co.uk, it was found that Revolut is the most popular neobank in the UK, which has seen their customer base grow from 3 million people in 2018 to 8 million in 2019 – an increase of over 166%.

N26, Monzo and Monese were also featured in the top four for the highest neobank market share of 2019, with all neobanks having better trust rating scores compared to traditional banks.

Which neobank should I choose?

Selecting the right neobank for you might be a tough choice, especially with each one offering near enough the same services. The new analysis also featured a handy matrix for those who might be stuck for choice, comparing the most indemand features from customers.

Revolut boasts the highest trust score from customers in comparison to all other neobanks featured, 4.7 out of 5, considerably higher than the big four, with Starling Bank coming in at a close second of 3.5. Monzo, also one of the leading competitors, has a trust score of 4.4.

Monzo, Revolut and Starling Bank also offer business accounts, making it an attractive choice compared to some of their competitors that only offer current accounts. They also provide Google and Apple Pay support along with handy features to make saving for a rainy day easier.

Ian Wright of SmallBusinessPrices.co.uk stated: “Over the past two years, we’ve seen an influx of consumers choosing neobanks or challenger banks as an alternative to traditional banks that we are all so familiar with. With consumers preferring to avoid the hassle of bank branches and paperwork, neobanks’ are becoming increasingly popular with banks such as Revolut and Monzo showing huge market share growth in just a few years.” 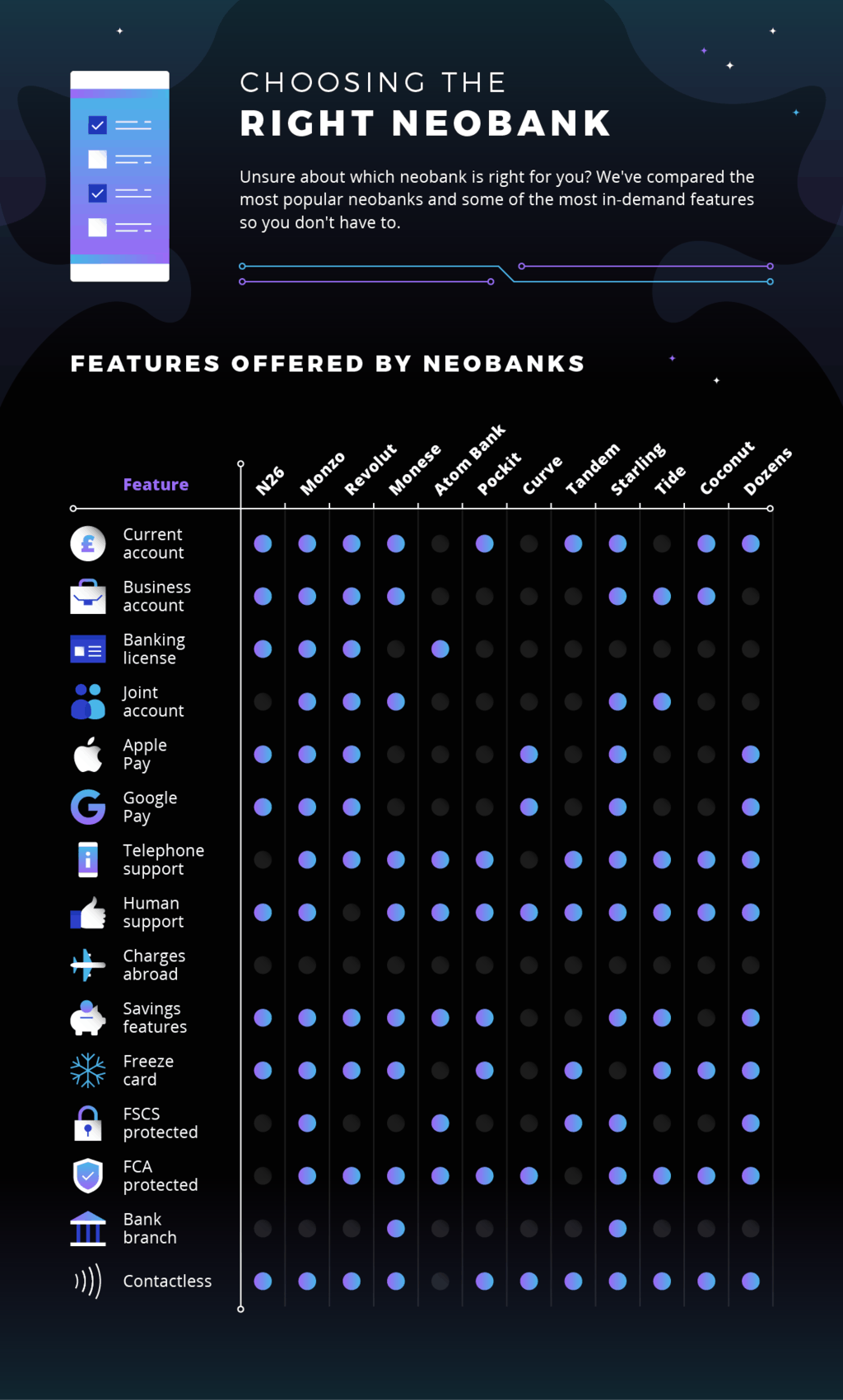 How Mobile Payments are Shaping the Future

Unizest Platform Due To Be Relaunched Following Worth Capital Funding Round

Women in Fintech: Mimi Nguyen of the Fintech Podcast: Searching For Mana