Sustainability and ethics are hot topics in the fintech world, with the general consensus being that the younger generation is driving change. Uncovering the truth behind this, Zelros, an insurtech, and Connectd, a wealthtech advice platform, have both released studies uncovering how large the generational gap is when it comes to ethical finance.

70 per cent of people are willing to pay more for their insurance policies if their insurance company was committed to responsible technology, sustainability and diversity, according to a study conducted by Zelros involving over 1,000 people from the US, Canada, the UK and parts of Europe.

Founded in 2016 by Christophe Bourguignat, Fabien Vauchelles and Damien Philippon, Zelros is using artificial Intelligence and machine learning technology to help make sure more people are covered, aware of their insurance policy needs and are given highly personalised recommendations when they need it. Zelros’ data allows them to help insurers provide policyholders with the right coverage for their needs as they occur in real-time.

“Consumers are paying closer attention to sustainability and responsible use of data and AI, what they are finding is a lack of transparency into official governance programs.” explains Linh C. Ho, chief marketing officer at Zelros. “Insurtech vendors such as Zelros help insurance companies leverage AI responsibly for example by detecting and maintaining bias-free algorithms, and tracking and reporting for a greener planet–while providing the explainability and transparency of responsible AI.” 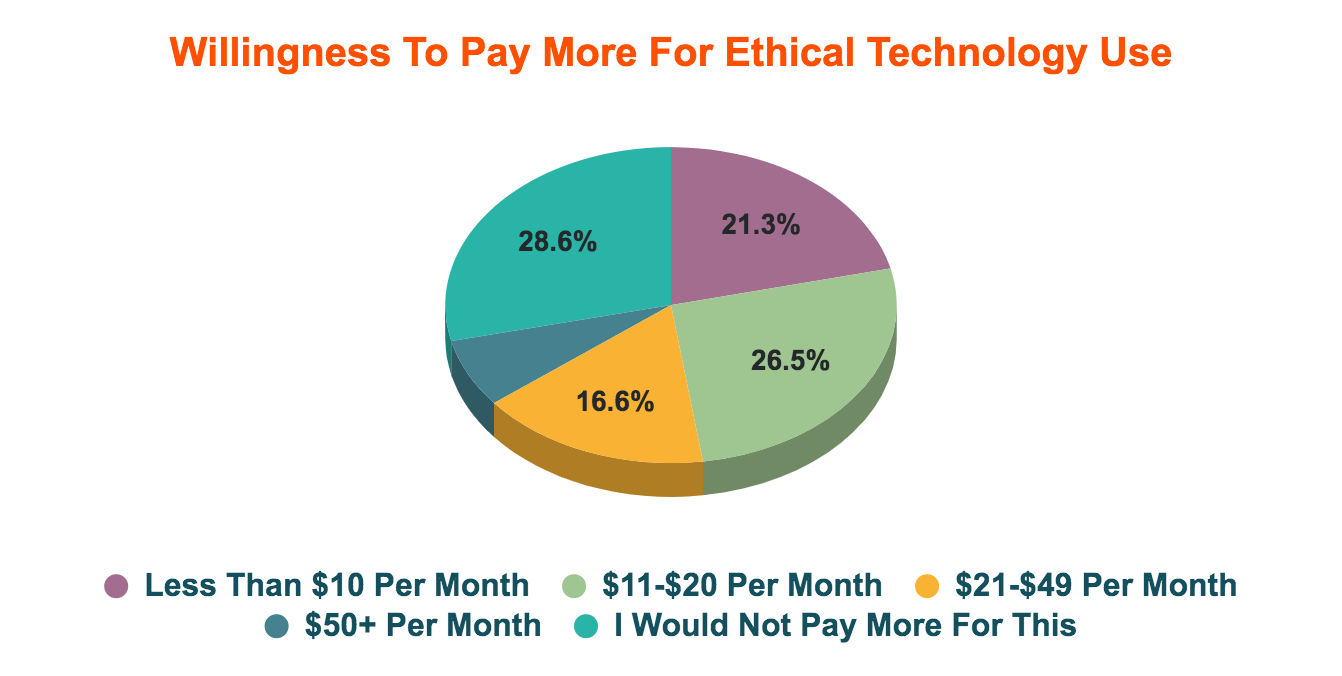 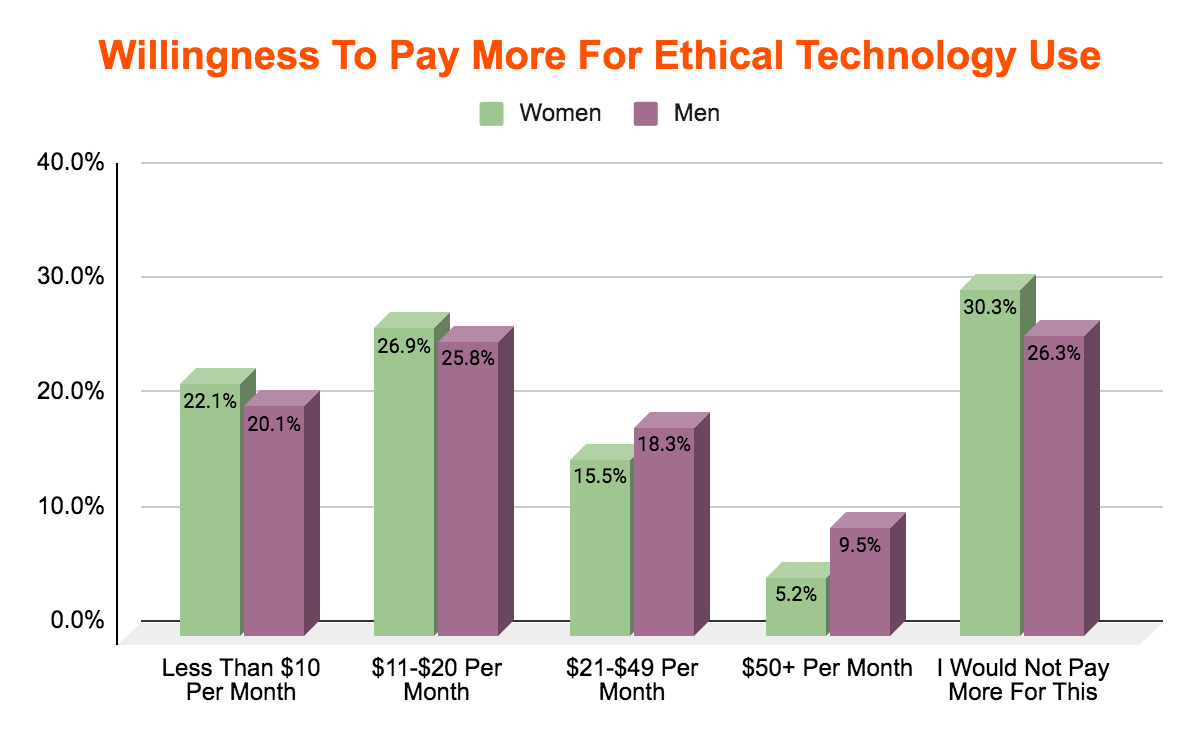 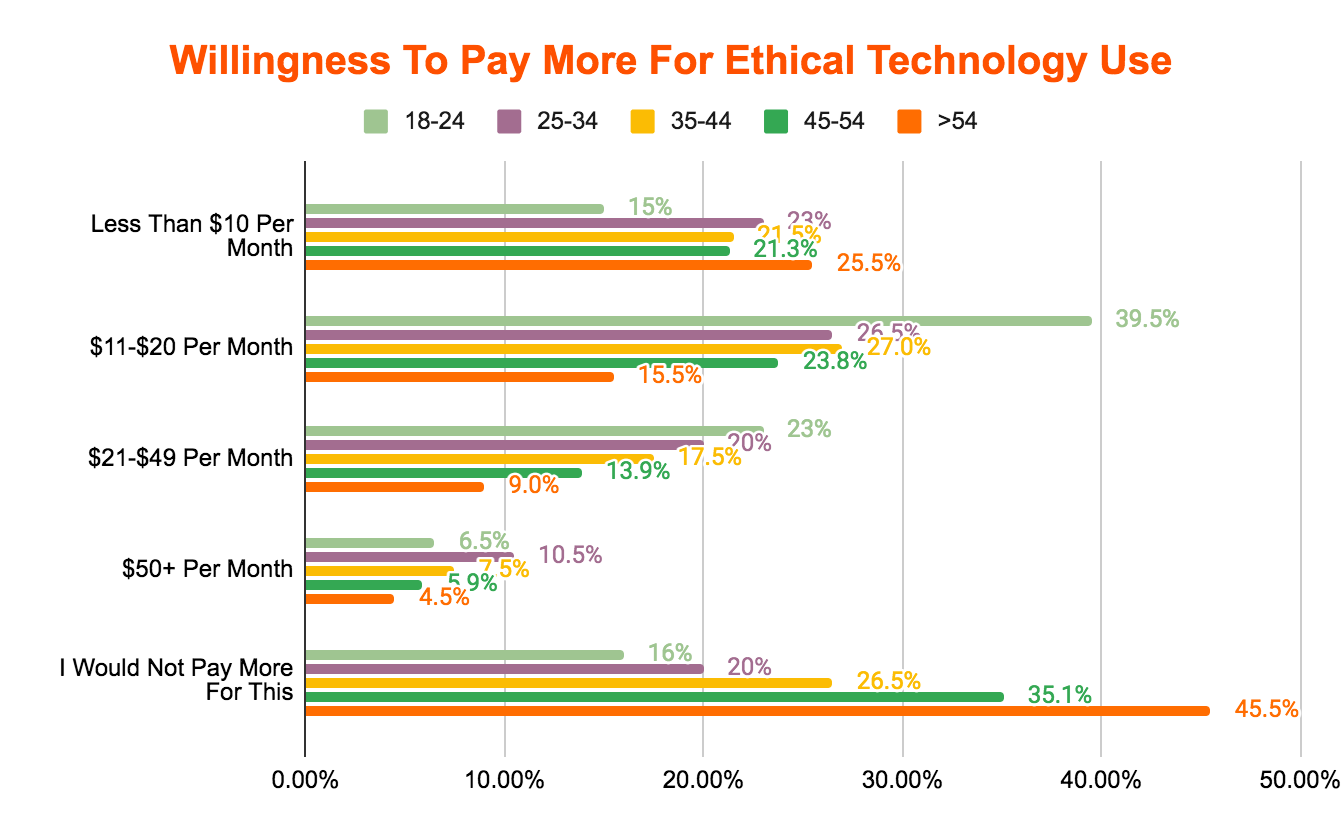 “With almost 84 per cent of 18-24 year olds expressing that they would pay anywhere from just a few dollars to upwards of 50+ dollars more a month for ethical insurance, this shows where the values of the younger generation stands. This information shouldn’t be taken lightly as we continuously see younger millennia and Gen-Zers vote with their wallets of who they support based on these pivoting factors,” said Ho.

Insurance is not the only sector being hit by a change of attitude in relation to ethics and sustainability, especially among the younger generation. A study conducted by Censuswide, polled 50 Gen Z entrepreneurs (aged 18-24) and 50 entrepreneurs aged 25 and over to discover the changing priorities between each group. Commissioned by Connectd, the growth marketplace connecting startups with investors and advisors, the study found 96 per cent of Gen Z entrepreneurs would turn down cash from a prospective investor based on moral and ethical objections, highlighting the importance of ESG credentials to new business leaders

Commenting on the findings, Roei Samuel, serial entrepreneur, investor and CEO of Connectd, said: “This study demonstrated the shift in focus for the new wave of entrepreneurs, who are increasingly prioritising ethical and societal purpose when choosing their partners. This can only be a good thing for future business leaders, ensuring that ESG is at the forefront of company growth from now on.”

While funding remains the number one benefit investors bring, the study found that 80 per cent of Gen Z investors value their network and connections, which drops to 63 per cent for those aged 25 and over.

More than half (58 per cent) of Gen Z entrepreneurs consider an investor’s green credentials when deciding who to partner with.

Samuel added: “Investors must be mindful that their ESG credentials are under the spotlight like never before. They can make it a real point of differentiation when partnering with new businesses.”

The research also found marked differences in how entrepreneurs across the generational divide are searching for investment. The vast majority (82 per cent) of Gen Z entrepreneurs are using online platforms to find potential funding, compared to just 65 per cent of older founders, who tend to use more traditional routes such as friends, family and legacy networks.

Latika Vij, head of investor relations at Connectd said, “The drive and dynamism of entrepreneurs doesn’t change across generations, but clearly there is an ethical and societal shift taking place. This puts extra onus on startup investors to put ESG initiatives at the heart of their strategy to attract new startups to their portfolios.”

The study also found a generational gap in the use of social media, with 72 per cent of Gen Z founders using sources like Linkedin to seek investors and only 60 per cent of founders aged over 25 doing the same.