The Fintech Times Bi-Weekly News Roundup on Tuesday 10 August brings you snippets of the most recent fintech news stories from around the world.

Agatha Liberatore has been appointed as head of trade credit in the US for Nexus. She joins from Aon’s Credit Solutions team where she held the role of executive director, account management and lead North American risk analyst.

Meanwhile, fintech LendKey has appointed Vaidyanathan ‘Chandy’ Chandrashekhar to its advisory board. He specialises in advising leading global financial institutions on strategy, performance improvement and transformation.

Sam Percival has joined Nucleus Commercial Finance as business development manager for London and the South East. He will drive growth and building SME relationships in London and the wider area. He previously worked at Nucleus but recently spent four years at lender Ultimate Finance.

Clearwater Analytics has named Souvik Das as chief technology officer. Das was most recently CTO at Zenefits. His focus will be to build out the company’s SaaS platform with additional enhancements.

Providence, the specialist cross-border retirement provider, has named Chris Divito as its new CEO. He takes over from Austin Blair who moves on to new projects. In addition, Peter Hobbs, will also join the board of Providence in September to help strengthen the firm’s proposition.

Robert Clarkson is now chief revenue officer at Payoneer. He was most recently the chief commercial officer of NortonLifeLock. His mission is to drive the overall business as well are more deeply penetrate its target markets. In Q2 of this year, Payoneer also introduced Ya Wen as VP Enterprise, Americas.

Meanwhile, Copper.co, a provider of digital asset custody solutions, has appointed Glenn Barber to expand operations in the Americas. Prior to joining Copper, Glenn led sales as a consultant at FalconX, an institutional digital asset brokerage.

Barclaycard Payments appoints Colin O’Flaherty as head of small business to drive commercial growth. He will play an integral part in scaling the businesses and accelerating the alignment of payments across the wider bank. O’Flaherty joins from American Express.

Finally, Ahmad Guandour has joined Backbase as director of sales Middle East. Backbase has also reaffirmed its commitment to Saudi Arabia with the launch of a new regional office in the Kingdom Centre, Hugayat Tower, Riyadh. Backbase said the growth will enable the company to support new partnerships more effectively.

Fintechs who outsource to specialist partners generate nearly £1million in additional revenue, according to Moorwand, the payments solution provider. Its Specialists vs. generalists: How do fintechs fuel growth?
report explores why and how fintechs outsource to third parties, the importance of outsourcing for fintech growth, and the impact of working with specialists or generalists on fintech businesses.

Fintech Saudi has announced the results of a national fintech adoption survey. One of the key findings of the National Fintech Adoption Survey is that the majority of the population use cash once a week. However, overall cash usage is steadily declining. One of the goals of Saudi Vision 2030 is to achieve a cashless society by the year 2025.

There’s also funding success for open banking platform Armalytix. Its latest investment round raised more than £1million, bringing the total funds raised by the company to £2.79million since 2019. Armalytix will use the funding to develop new processes eradicating excessive costs and time for clients, as well as expand the range of reports offered into new industry verticals.

Paysme, a fintech platform for small businesses, has launched a £1million funding round on the private capital platform Globacap. Proceeds from Paysme’s fundraising will be used to continue enhancing and expanding its services to support more  than1.3 million companies across the UK and Ireland.

Meanwhile, BharatPe, the financial services company for merchants, has raised $370million in a Series E equity round. The round, led by Tiger Global, also saw new participation from Dragoneer Investment Group and Steadfast Capital.

FreshBooks, a cloud accounting software, has raised $80.75million in Series E funding. The round was led by FreshBooks’ longtime investor Accomplice, with participation from J.P. Morgan, Gaingels, BMO and Manulife. In addition, Barclays, a FreshBooks platform partner in the UK, was added as a new investor.

Finally, Tallinn-based fintech startup Income has launched a seed funding round by signing lead investor Tolaram Fintech. Income plans to raise a total of €1.3million of fresh equity during this round. It will use the proceeds to make key hires, continue product development of its retail investor marketplace, and further develop its institutional investor onboarding capabilities.

MoonPay is teaming up with Flow, a developer-friendly blockchain which powers games and digital assets, to integrate a fiat-onramp for Flow’s stablecoin FUSD. Customers can interact with the Flow ecosystem, accessing a range of blockchain powered games, entertainment, sports and news with the comfort of credit card onboarding.

Interactive Brokers Group, the global brokerage firm, has plumped for LPA Group to provide a solution for regulatory documentation for its entire range of financial instruments. This includes stocks, bonds, options, and futures in over 135 markets, 33 countries and 23 currencies.

MoneyMatrix is partnering with open payments gateway Volt to power instant payments in the i-gaming industry. The news follows Volt largest ever Series A funding round for the open banking industry.

ACI Worldwide has expanded a multi-year strategic alliance with Microsoft to deliver payments solutions in the cloud. The alliance will accelerate and expand ACI’s cloud payments offerings in Microsoft Azure. The pair have previously supported a global bank, a US-based digital bank and a leading card issuing and banking-as-a-service software platform in Latin America.

Online broker Anorak has partnered with personal finance app Quirk. They plan to work together to help the under 35s financially safeguard themselves, by providing personalised financial information on money management and protection policies. 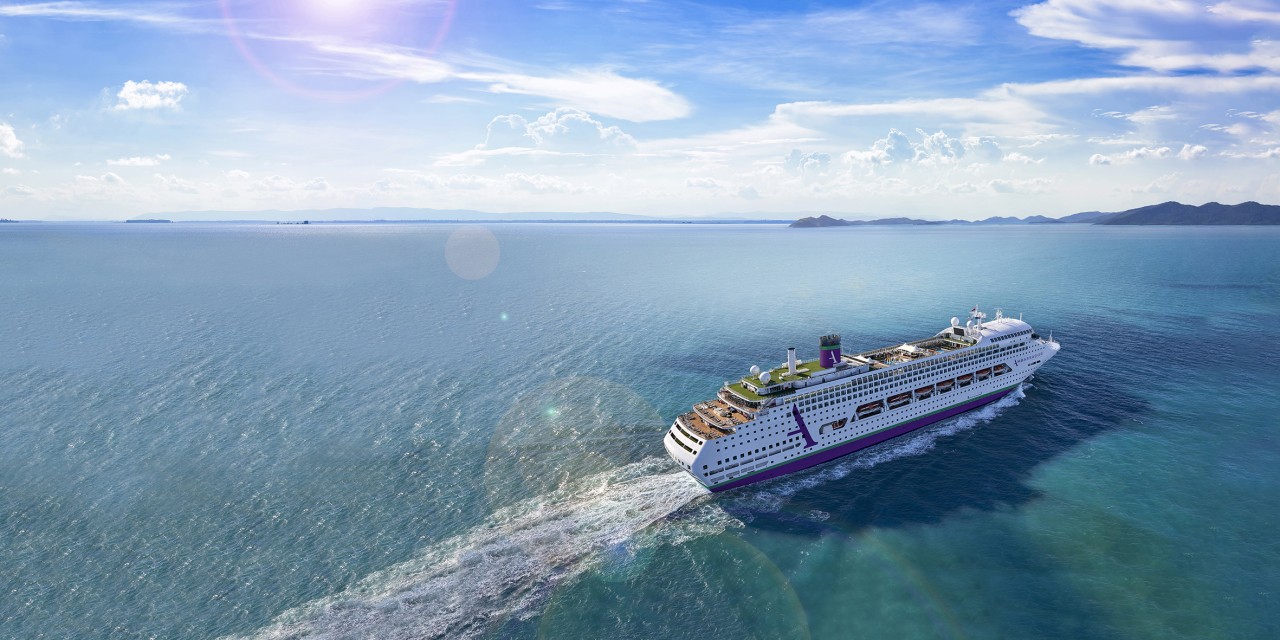 Expense management platform Payhawk now integrates directly with digital wallet platform Google Pay. The integration allows employees to make transactions using the devices they carry with them every day. They can either add the card to their Google Wallet or make payments at POS terminals and online.

There’s also a partnership for UK fintechs Artesian Solutions and DueDil. They aim to ‘transform the ability of the UK FSI sector’ to find the right customers, onboard them quicker and keep them for life.

Finally, ECOMMPAY, the cross-border payment service provider with its own fintech ecosystem, has partnered with Vivid, the Berlin-based financial platform. As part of Vivid’s expansion efforts across Europe, the partnership will use ECOMMPAY’s data-driven tailored payments technology to offer Vivid consumers instant Visa and Mastercard top-ups.

Australian digital home loan lender Nano is celebrating after hitting $100million in unconditionally approved loans in the month since public launch. According to Nano’s analysis, more than 80 per cent of all applications came from ‘customers of one of the traditional banks’.

Diginex Limited, recently rebranded as EQONEX, is also celebrating – it has been awarded the International Organisation for Standardisation (ISO) information security certification: ISO/IEC 27001:2013.

Cornerstone FS, the cloud-based payment provider to SMEs, has been given the nod for an e-money licence from the Financial Conduct Authority. The Group’s primary operating subsidiary, FXPress, has been approved as an Authorised Electronic Money Institution (AEMI). As an AEMI, it can issue electronic money and allow clients to leave money on account.

While Alex, Australia’s digital challenger bank, has gone live on the Temenos Banking Cloud to scale its business and bring to market a portfolio of consumer credit products. Temenos technology has already supported the bank to process almost 10,000 loan applications in the last six months – each application took the customer three minutes to fill out.

Melanion Capital, the alternative investment management company, has obtained approval for its first ETF. It will track the performance of the Melanion Bitcoin Exposure Index. The index tracks a beta-weighted equities basket exhibiting the highest correlation and revenue exposure to Bitcoin, which give the index up to 90 per cent correlation to the price of Bitcoin.

SunTec Business Solutions has launched its Xelerate solution on enterprise marketplace Salesforce AppExchange. It delivers insight-driven offers with a single view of customer data. The platform also leverages intelligence to enable relationship managers to roll out contextual products, offers and deals on the fly.

The Lab Holding, a DIFC based hospitality group, has launched two new food tech startups via its startup studio. The company also revealed it plans to further expand its regional expertise in the food tech sector in the next five years. Its vision is to help serial entrepreneurs locally and internationally to scale fast and test as many products as possible in six to nine months in the local market. 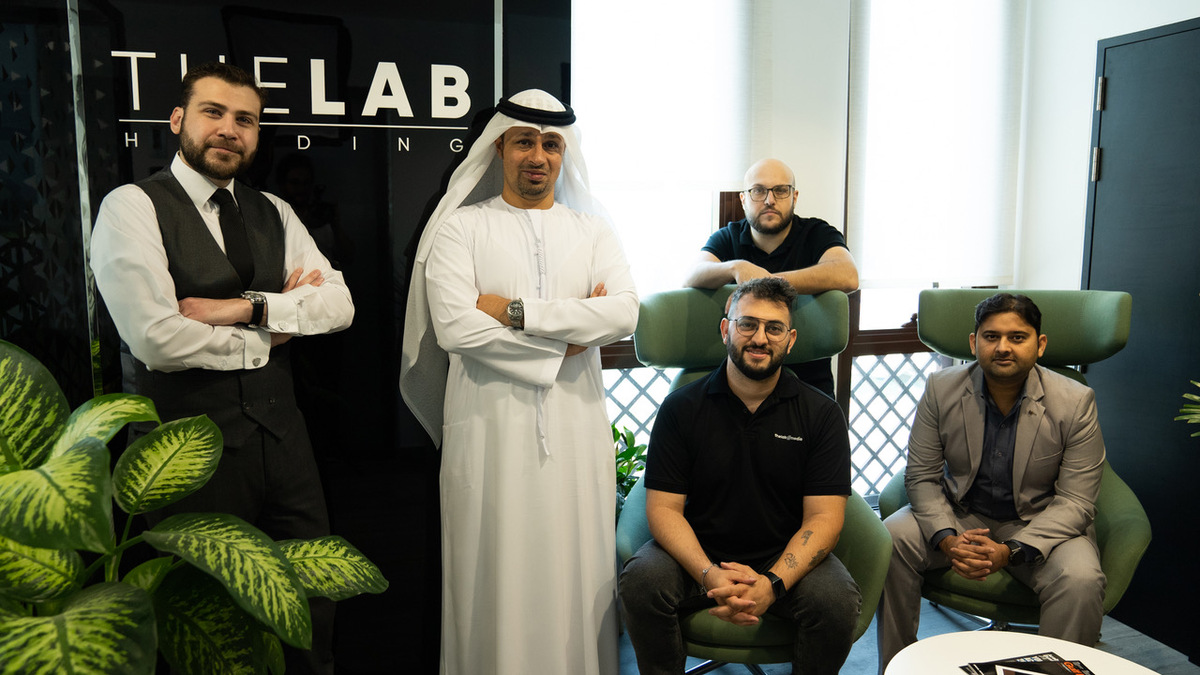 EML Payments and crypto exchange CoinJar have launched ‘Australia’s first crypto-to-fiat Mastercard Card’. The launch builds on the success of CoinJar Swipe, a crypto debit card in the market with EML. EML enables CoinJar’s users to automatically convert the sale of digital currencies to fiat money and access funds via a Mastercard mobile wallet or a physical card.

Meanwhile, Mastercard has expanded its Priceless platform in Egypt. A new promotional campaign is designed to engage with Egyptian consumers through locally-relevant content across media channels.

PromptPay, Thailand’s real-time payment service, is now available for payments on Google Play. Rapyd, a global fintech as a service platform, supports the experience via partnership with Thai payment provider GB Prime Pay. PromptPay is one of the most commonly used payment methods in Thailand.

iProov partners with RegTech specialist NorthRow to improve customer due diligence in the property, professional services and FinTech sectors